The European Central Bank (ECB) announced a new programme to further improve the gender balance of its staff at all levels. The strategy defines target percentages focusing on the annual share of women being appointed to new and open positions as well as targets for the overall share of female staff at various salary levels. The strategy covers the period until 2026, so as to fall within the mandate of President Christine Lagarde.

“We want gender balance to be the norm now rather than a revolution to fight later,” said President Lagarde. “Let us not forget that gender is one of the many dimensions of diversity that we must all value. We should mirror the society we serve.”

The new targets extend beyond management positions to include Lead Expert (H band on the ECB’s salary scale), Expert (F/G and G on the salary scale) and Analyst levels (E/F on the salary scale). The objective is to fill at least half of new and open positions with women on all levels. The targets aim to increase the share of women at the different levels to between 40% and 51 % by 2026. The ECB will publish interim assessments in 2022 and 2024. Staff members who do not wish to declare themselves as either female or male will not be included in the statistics. The targets are accompanied by a set of other measures to support gender diversity. 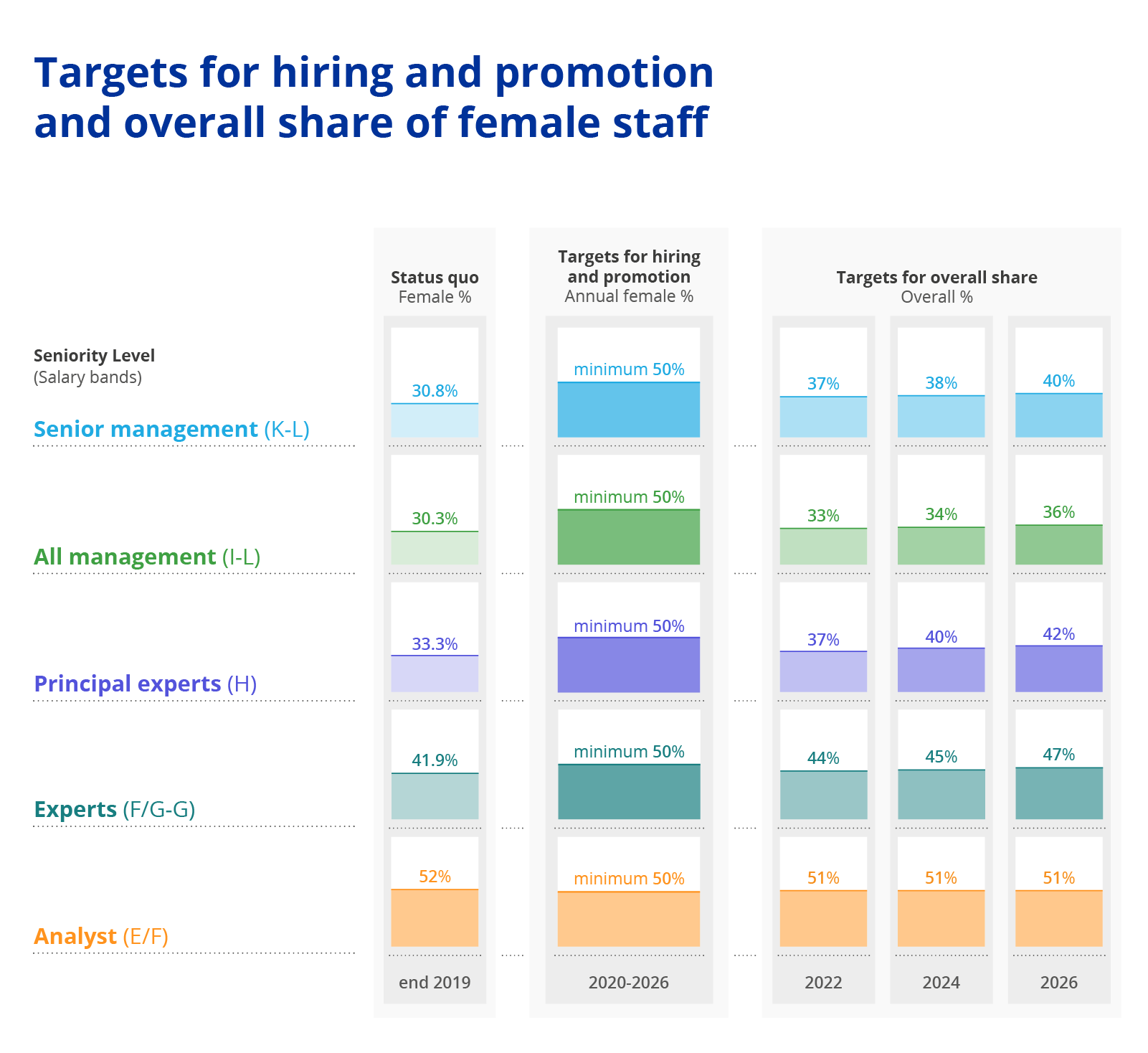 The new programme follows the ECB’s first set of gender targets, which aimed to double the share of women in management positions over the period from 2013 to 2019. The ECB exceeded one of its targets by achieveing a figure of 30% female senior managers at the end of 2019, compared to a target of 28%. The share of women in all management positions rose from 17% to 30%, which was still below the target figure of 35%. 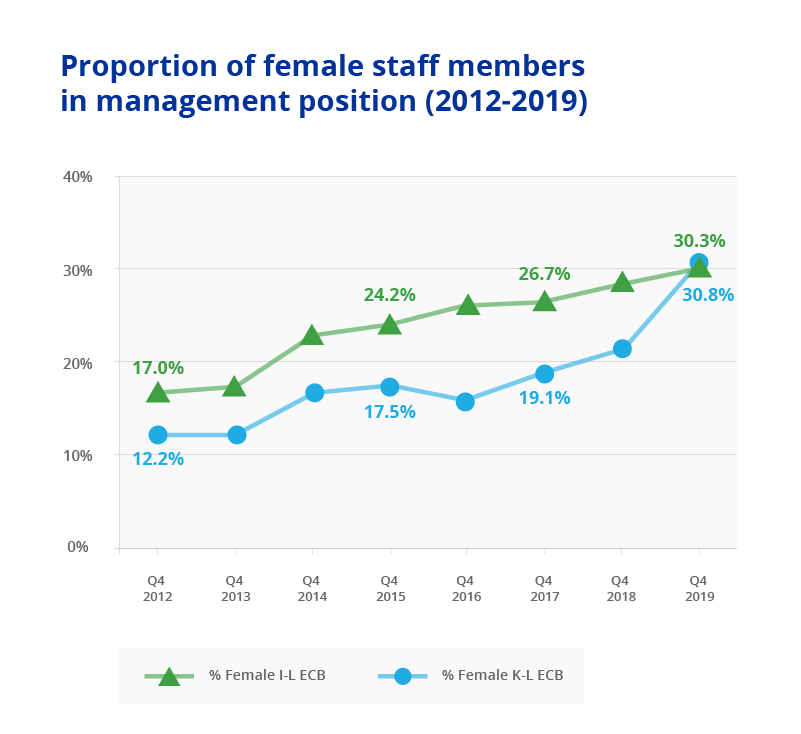